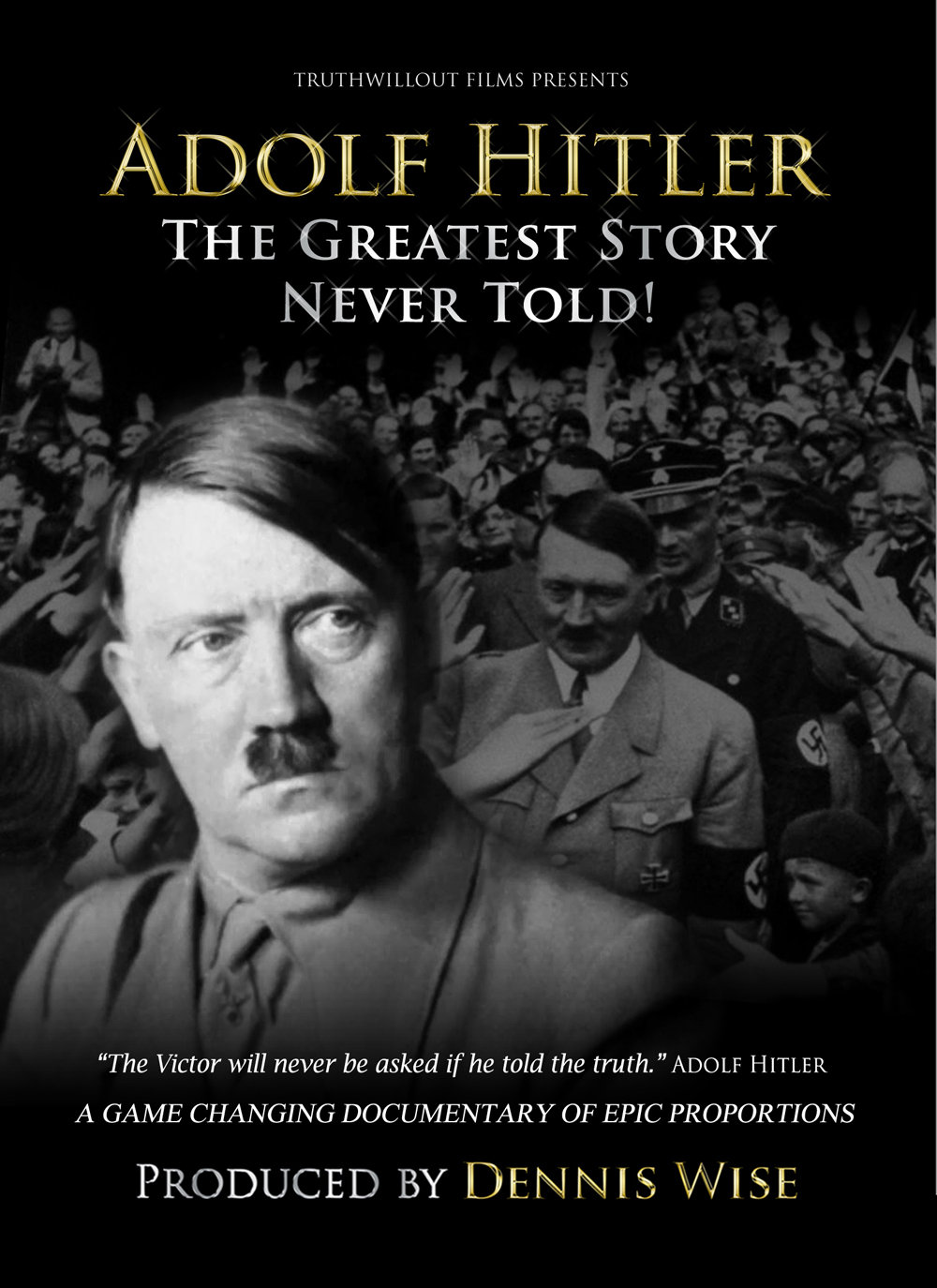 Well, it's hardly a story never told. The actual story and many of the sub-stories have been recounted many times, yet, at least, rarely in documentary form is it ever told in a way that is sympathetic to Hitler or National Socialism. You can find books of this nature, but documentaries require a greater budget—that is, until the internet age.

It's not really a documentary featuring any original content. As far as I can tell, Wise doesn't interview anyone or film anything on his own. It's a combination of still images, archival footage, documentaries from many production companies (including very mainstream ones like the History Channel), fictional movies, audio clips from commentators, etc. Perhaps some of it's taken out of context or image and sound/word are combined in a manipulative way, but it's not always easy to tell. Wise doesn't even narrate or find a narrator when he can find an audio clip or interview to support his writing—he scrolls text across the screen. With the frankensteinian or patchwork nature of the film—the production values are inconsistent, but it seems especially cheap when the viewer is assaulted by endless text scrolls that freeze the action.

A constant criticism of documentaries are the non-cinematic "talking head" scenes. This text scroll is similarly not immersive and very dull. Moving image and spoken word should harmonize. I didn't take the time to count the minutes for the scrolling text, but I wouldn't be surprised if 1-2 hours of the film consisted of this tedium.

It's understandable to want to portray the Axis powers in a more neutral or even good light, given they've been demonized so thoroughly by the victors of WWII. The typical WWII documentary presents the Allies as almost angelic and the Axis powers as evil, satanic. One would expect more detachment from a historical program—neutrality without moralizing.

Of course this is a complete reversal. If the typical Allies = good | Axis = evil is cartoonish, then you'd expect the same of the reversal. This documentary practically does that. It minimizes anything Germany did during the war that might be criticized and greatly emphasized everything the allies did—sometimes in exaggerated fashion.

This is a very controversial documentary and controversy requires much more robust citations than the established court historians—not that the viewer should trust them wholeheartedly, for they shouldn't, but when you take a controversial position, the status quo will look for any slight flaw to discredit an entire work. While they will give a free pass to the court historians in many cases.

Sources are given at the end, but it's in the form of a bibliography or "recommended reading." I understand that it's quite daunting to include all of your citations in a documentary and very few documentaries do this, but at least the most striking claims should be accompanied by a well-sourced citation for the viewer to peruse. Much of the information in this documentary is actually pretty run of the mill and can easily be verified. Other claims... not so much...

If there's one claim that needed to be backed up, it would be anything to do with the "Danzig Massacre". The source for this seems to be Goebbels propaganda, and I can't find anything to back this up from non-German sources. Nothing from Polish citizens or any source external to Poland or Germany. I believe Hitler also references the 58,000-60,000 ethnic Germans being slaughtered by Poles, and that being the reason Hitler felt it was mandatory to invade Poland. General Remer stated in an interview that Hitler also relayed this information to him; however, Hitler and Remer simply lead back to Goebbels. This is not to say Goebbels information—being propaganda—isn't sometimes worth evaluating, but it needs to be cross-referenced. He also conflates the very real Bromberg Massacre (Bloody Sunday) with the dubious "Danzig Massacre", deceptively showing some very horrific scenes of violence from the former. I couldn't find any good sources on the "Danzig Massacre" online. It's not at all part of the official narrative. On sites like Stormfront.org, which are generally sympathetic to Nazi Germany, you will find the occasional person pushing this narrative, but most forum users will say there is no evidence for this event. Similarly, CODOH, which is a revisionist site,  dismisses this event as well. There is a published revisionist author named Thomas Goodrich who allegedly supports the idea of the "Danzig Massacre." I'll have to hunt down his book, but I'm not expecting any real evidence...

Additionally, for being called Adolf Hitler: The Greatest Story Never Told, a great bulk of it is covering the German side of the war in a very broad fashion, often without any real depth. Many of the top ranking party members are never really mentioned, and Hitler often takes a back seat to pad out non-essential information—again, without much depth: Skorzeny rescuing Mussolini; The Pacific Theater. It's pretty pointless.

Much of the music is saccharine. Obviously it should have more Wagner and classical music. Many of the movie clips don't relate to the story being told in any important way. For example, there's a long clip where Germans are being hanged. It's long and adds nothing that you couldn't express by simply saying they were hanged. It's a dramatized reenactment of executions, and not a particularly effective one. At least relay information while the turgid scene unfolds. There's nothing I despise more in a documentary than large stretches of dead weight. And speaking of dead weight, with a running time of over 6 hours, there's a lot of it! There's the occasional interesting tidbit of information, and it's nice to see a counter-narrative, but when you have what appear to be glaring holes in the research, sometimes shoddy production values, and a merciless length, it's hard to recommend it.

Where to find it: it can be found on Archive.org. It used to be on Youtube, but it was removed, as far as I know.