The Quirks of African "Christianity" and Missionary Work 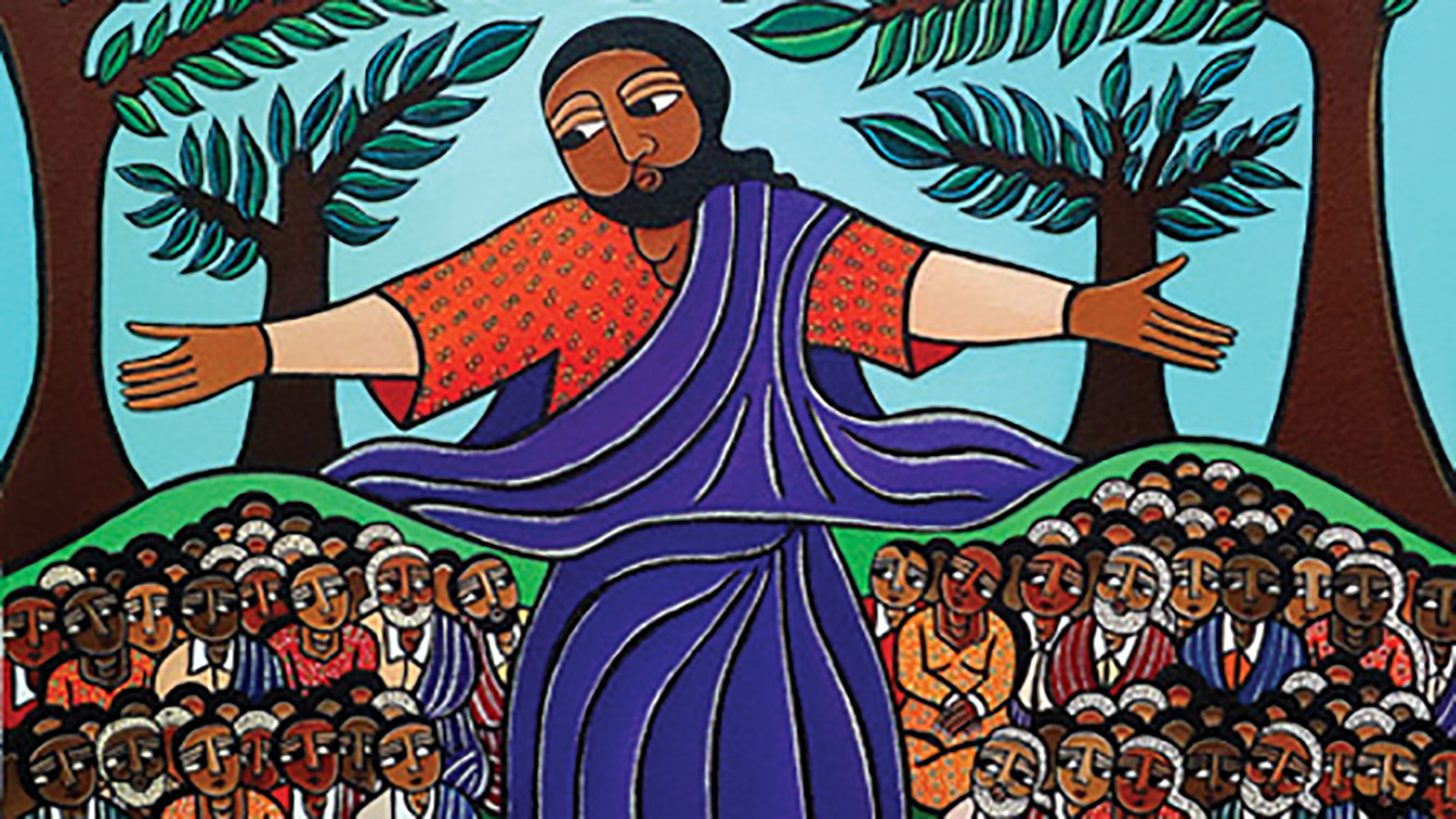 Critics of Christianity amongst nationalists or third positionists will sometimes dismiss Christianity as the worship of a "Jew on a stick." But this notion somewhat neglects the fact that the Europeans aryanized the religion to better reflect the values of their own nations and people.

The same can be said of black Christians in America who negroized the Christian religions, or the blacks who did the same with Islam, most notably with the Nation of Islam, which any Arab Islamist would tell you is essentially heretical and incongruous with Arabic forms of the religion.

Well... that is the nature of one culture importing or appropriating a religion from a dissimilar culture—they inculturate it—they make it their own, more or less, incorporating elements of their own culture and removing aspects that the original culture included, though some of the core elements often remain fairly similar.

It's for this reason that it becomes rather puzzling when Christians of the west engross themselves in missions and attempts to spread Christianity. Can the Christianity of any foreign people really be said to be Christianity, in western terms, whether we're talking about South American-flavored Latinizations, Asianized variants, or Africanized ones? Surely some are more similar or dissimilar than others, but without the unifying element of Christ and some of the same scriptures, you might not even notice they're the same at all.

It doesn't absolutely bother me that Christians might decide to help people of another nation, though one would think they would place the citizens of their own country first, as we have many orphans here, along with the homeless crowding the streets and rampant drug usage and aimlessness amongst the people. Why is it the case that they so often prioritize foreign lands when there is much to do in their own country, often within proximity of their own church? Is it a directive of their respective churches, or is it something far larger than that?

Perhaps its the demoralizing reality that most problems besetting Americans can only be treated as a symptom, and the root cause is better left unexamined if you want to dwell in peace.

You can treat the symptoms as a missionary in a foreign country, but in the end, you're back home, it's far away, and you can feel as if you've done something good for others. It may not be a lasting effort, but it's one free of confronting that vast chasm of hopelessness that is the entrenched system of what we now call America. The poor foreign country where, you, as a missionary, helped the needy is again out of sight, out of mind. You can rest assured that Bill Gates and other philanthropic billionaires are ruining making the country a better place in your stead.

Who knows? Perhaps it's the liberal focus of placing the third world above the first world or their own country. Or more globalist tosh.

Either way, whatever happened to the Christian populists or distributists or figures like Father Coughlin? Figures that looked within, to the heart of the matter and where the rot was, with the hopes of treating it, rather than always looking without. Churches have become co-opted McChurches and a tool of the neoliberal system, for the most part—even becoming LGBT-positive and betraying the values they once held. Religion ought to be part of the national fabric, serving the country and its people and conferring meaning to them, not diverting its resources and limited time to the peoples of the world.

(It's for this reason it's hard to elicit more than a shrug [in most people, I would think] at the idea of Catholic or Christian nationalism nowadays. Might as well just go for the widest berth you can with a more inclusive and less-assuming nationalism that has yet to be imparted with a religious system, for does it not usually develop more organically? In a secular and jaded world, we will have to be rehabilitated before we can embrace such a belief system, which requires supplanting the current system of scientism, holocaustianity, neoliberalism etc, before we could ever hope for something of the sort to bear fruit. Once upon a time, common man had so little upward mobility—all he could aspire to beyond his labor and family was to be closer to God. Perhaps to have the reassurance that no matter how dire his situation might be, it may be rectified in the afterlife; the man of today is divorced from these notions, but he sees the meaninglessness of our [multi]culture and the lie of the "American dream." He thinks he can change things rather than playing the role of the subservient stoic, though he often get lost down the endless rabbit holes of partisanship and politics as a team sport. The world will again probably have to be "corrected" before something like a religion can be viable and sustainable, for the system seeks to corrupt the churches and scatter the congregants.)

Anyway, if one of the central aims of the missionary is not just to help in the most basic of ways, but to help in a "greater" way, that is, to evangelize their subjects or to strengthen the subjects' vows to God, then the whole operation seems dubious, if not entirely for naught.

The majority of sub-Saharan Africa is, ostensibly, Christian. It becomes increasingly more Muslim and Arab once you get into the North African regions.

An amusing American Renaissance article goes into further detail of what I alluded to about African "Christianity":

Some European churches are too stuffy for African tastes. For years, Anglicanism went nowhere, since it required that polygamists, upon baptism, divorce all but one of their wives. It 1988 it relaxed the rules, and now permits polygamists to join the church, so long as they promise not to acquire any more wives.
For many Africans, inculturation doesn’t go far enough. The most rapidly-growing African churches are entirely independent of mainstream denominations. They pick the bits of Christianity that go down well with Africans, ignore the rest, and mix in popular tribal superstitions. Of all the parts of Christianity, the Holy Spirit does best on a continent that takes spirits seriously.

This brings to mind the other issue of a religion when it is not nationalistic in spirit and focused on a state and its people, but rather strives to be imperialistic, if not globalistic, spreading its influence to as many dissimilar people as possible. Africa already had spiritual/religious traditions, yet the bible enjoins its adherents to "Go into all the world and proclaim the gospel to the whole creation. Whoever believes and is baptized will be saved, but whoever does not believe will be condemned" (Mark 16: 15-16). This is one of the most terrible aspects of the bible because of its geopolitical ramifications, and the same can be said of Islam. The missionaries' effort engenders extra strife based on friction between incompatible belief systems.

Whether or not you think your culture is superior (and I do think western culture is superior to African culture), it's unnecessary to impose it upon those who have their own culture. For all the west has given to Africa, they have given little as recompense. All sub-Saharan Africa has had to offer is excessive overpopulation, and, secondly, a thirst to migrate to countries offering greater opportunities and welfare; sounds great if you're a globalist or palm-rubbing capitalist or libertarian looking to flood a country with cheap labor at the cost of downward pressure on wages, crime, and the destabilization of society, but for the rest of us, it's getting pretty tiresome.

There is also the issue of sub-Saharan Africans having a low IQ, in the range of 60 to 85 IQ. African countries tend not to fare very well with highly decentralized or democratic systems. They need something more illiberal, authoritarian, unifying, and with a focus on law and order. According to the observations of Tatu Vanhanen, the lower the country's average IQ the less able its citizens and officials will be to maintain a functioning democracy. High IQ countries like South Korea or Denmark are very easily able to have a democratic system, as well as freedom of religion. As Africans cannot be expected to maintain a democracy, we cannot expect them to function well with numerous competing religions either. This is not to say African countries didn't already have several traditional African religions that already led to conflict, but adding in the Abrahamic religions, which are meant to be spread and also possess an inherent chauvinism, obviously compounds the problem.

(This is in no way an endorsement of democracy—just stating the reality of the situation.)

One of the most pressing issues Africans face today is that they are such a basket-case people that they were not able to create their own countries and draw their own borders. Instead, Europeans did this for them, often with little regard to the compatibility of the various tribes, but rather based on the possessions of various colonial interests. African countries consist of many tribes bound together by nothing other than these borders drawn up long ago, and it's no wonder most of them can't get along and coherent governments are rare on the sub-Saharan portion of the continent (though Haiti, presumably consisting of a less stratified selection of African slaves in origin, still manages to be a disaster).

Despite conflict between the Abrahamic religions and the traditional religions, there are also crossovers of the two separate categories of belief.

A certain amount of cross-over is viewed as inevitable in the regular denominations as well, but lines must occasionally be drawn. When Zambia’s faith-healing Archbishop Emmanuel Milingo started saying, “I have talked with the witches, I have dealt with the dead,” he was called back to the Vatican for a talking to. Missionaries report that many “Christians” revert to charms and voodoo in a crisis.

There's really no telling what kind of strange crossovers they have. Even in the U.S., especially New Orleans, black Americans combine "Christianity" with voodoo.

I'll close the article with a bit of hilarity:

In Uganda, which is supposed to be 50 to 75 percent Christian, AIDS has been a big boost for witch doctors, since Europeans admit they can’t cure it. One common treatment is to sacrifice a goat or sheep and, with the proper incantations, transfer the disease to the carcass. Then it is dragged out to a busy street corner, where a passerby will find it and get the disease in place of the patient. It is reportedly difficult to get cleanup crews to take away the dead animals that frequently litter Ugandan street corners.

Perhaps because it has been reduced to a pre-colonial state of misery by misrule and civil war, Uganda seems to be particularly ripe for magic. In 1987, a rebel group went into battle against the government under the leadership of a warrior priestess named Alice Lackwena. Its members believed that if they smeared enough of Miss Lackwena’s special ointment on their bodies they would be invulnerable to bullets. They were cut down like grass. In 1989, the Lackwena cult was revived under a new leader, whose members were known to charge into battle unarmed, shouting “James Bond,” and throwing empty Coca-Cola bottles they believed would explode like hand grenades.

Magic has been put to high political purpose. In 1986, former president of Nigeria, Gen. Olusegun Obasanjo, suggested to an international group studying South Africa that it should use “juju,” or black magic to bring an end to apartheid. It seems to have worked.

The trouble with juju is that you never know when it might be turned against you. In 1990, Nigerians got a big scare when it was reported that witch doctors had perfected a technique for stealing women’s breasts and men’s penises with a touch or a handshake. Several people were killed in riots that started when people began screaming that their genitals had been stolen. South Africa’s revenge, perhaps.